Is the Social Security Number the Number of the Beast???

Now the ‘Number of the Beast.’ That can get you thrown out of church, thrown out of college, and thrown in ‘jail!’ I know, because I was thrown in jail for not having a, now hold on to your britches, ‘Social Security Number!’

Let’s start with common sense. Do we believe that we’re now in the end times? If that is so, then there must be a ‘Number of the Beast’ out there somewhere!

I will now quote from Scripture which happens to be contained in the King James Bible! The other Roman bibles don’t read right.

Revelation 13:8 And all that dwell upon the earth shall worship him, whose names are not written in the book of life of the Lamb slain from the foundation of the world.

:11 And I beheld another beast coming up out of the earth; and he had two horns like a lamb, and he spake as a dragon.

:12 And he exerciseth all the power of the first beast before him, and causeth the earth and them which dwell therein to worship the first beast, whose deadly wound was healed.

:13 And he doeth great wonders, so that he maketh fire come down from heaven on the earth in the sight of men,

:16 And he causeth all, both small and great, rich and poor, free and bond, to receive a mark in their right hand, or in their foreheads:

:17 And that no man might buy or sell, save he that had the mark, or the name of the beast, or the number of his name.

:18 Here is wisdom. Let him that hath understanding count the number of the beast: for it is the number of a man; and his number is Six hundred threescore and six.

Notice; The only wise GOD didn’t say “forced.” He said ’causeth’: :16 And he causeth all, both small and great, rich and poor, free and bond, to receive a mark in their right hand, or in their foreheads:

:17 And that no man might buy or sell, save he that had the mark, or the name of the beast, or the number of his name.

What number does almost everyone in the world have? Here in Nazi Amerika we call it the ‘Social Security Number.’ In every other country it’s called the ‘SIN’ number, or ‘Social Insurance Number.’ How apropos (applicable) ‘SIN number.’ Anybody here wanna SIN NUMBER, raise your hand.

Many years ago I was working on my sister’s house in Minnesota. I sat down at the table to eat lunch. The T.V. was on, and I was watching the news. Apparently there were some Orthodox Serbian Christians in a refuge camp near Slovenia. President George Bush said that they would get no more food and supplies unless they took a ‘number.’ The Christians weren’t allowed by God to take a number. So they walked out of the camp that night. Thirty-five thousand Christian people. In the early morning hours they were weaving around mountain paths to get someplace that they could serve God in truth. Amerikan news film crews were in helicopters filming when Amerikan strafing jets, mowed down all the Christians, men, women, and children. A few young men tried to climb up the mountain slope, but were mowed down in the second and third passes of the jets’ strafings. (Strafing: a bullet every six inches, ten feet wide.)

Nice President Bush said it was an ‘unfortunate incident.’ Right then and there I decided that if those Christians were willing to risk their lives not to have the ‘SIN’ number. And, nice George Bush was willing to murder them for not having the ‘SIN number,’ then I was not going to have a ‘SIN’ number either!

Thirty-five thousand Christians in thirty-five seconds! I hope those pilots get their pay day.

Thinking they do GOD a favor, they will kill you.

Was there any demonstration over that???

So we come to a crossroad.

Luke 13:23 Then said one unto him, Lord, are there few that be saved? And he said unto them,

:24 Strive to enter in at the strait gate: for many, I say unto you, will seek to enter in, and shall not be able.

:25 When once the master of the house is risen up, and hath shut to the door, and ye begin to stand without, and to knock at the door, saying, Lord, Lord, open unto us; and he shall answer and say unto you, I know you not whence ye are:

Did you have the ‘Number of the Beast?’

The Sylent Knight reserves his First Amendment Right to say, or write anything! Feel free to copy and paste before the Deep State shuts this down. 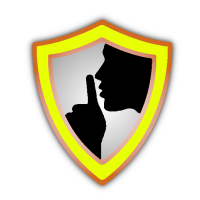 “A Knight without a country.” He goes about silently helping Christian and homeschool families that are being persecuted for righteousness’ sake. His writings are hard-hitting, yet they can make one laugh, cry, and get angered in the same story. Sy pulls no punches.